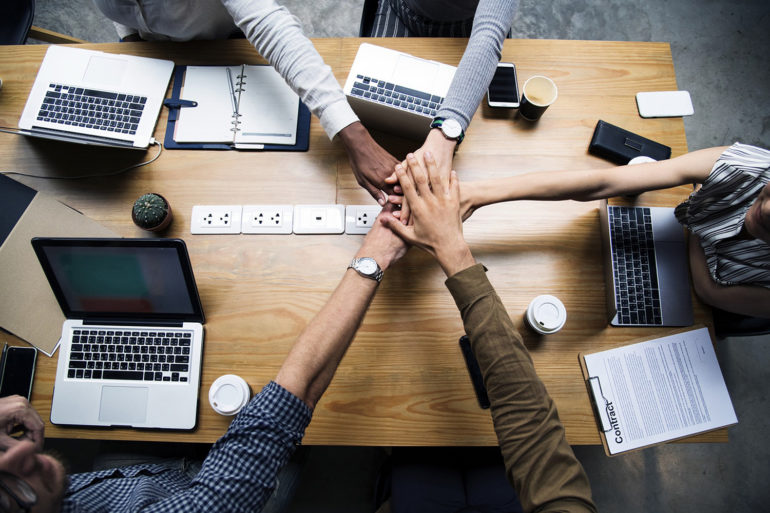 
The other night, I was sitting at the table with my four-year-old daughter, who informed me that dinner was ‘disgusting.’ Nice, right? To combat this show of ingratitude, I then turned into my mother and said, “If you can’t say anything nice, don’t say it at all.” She then lowered her voice to a whisper, and said, like she was telling me a secret, ‘I really hate this dinner.’

This little gem isn’t going to be followed up with any amazing parenting advice; I’m just another person morphing into their parents while trying to make a kid eat vegetables! I offered up this bit of my personal life to illustrate a point. Companies are like families. Sometimes when you show up as a dinner guest, it is a complete delight. Everyone is working hard together. They like one another, and if you ever traded in your own family (or your freelance business), you’d want them to adopt you.

Other times (rarely, I should add), you show up and there’s an argument at the dinner table that ends in someone getting hit in the face with a roll. The advisory board version of this could be a disgruntled medical director says something really harsh about another team member over a platter of turkey sandwiches. The energy in the room is tense. Eyes are rolling, people are not friends, and they are not accomplishing any meeting objectives because they are so embroiled in making their opposing points that the advisors aren’t really able to freely contribute. The manuscript version of this involves e-mails between colleagues (on which you are cc’d) that start out as constructive but eventually devolve into a document merging disaster that includes conflicting comments and directions from each person.

So what is a freelance medical writer who just flew into town yesterday to do?

Remember, if you’re at a meeting, you are there to make sure that the company gets the most from the meetings they host, not solve internal problems (there are consultants who specialize in that). Don’t worry if someone unloads their frustrations on you; there’s nothing you can do about it. I do what I can to make sure whomever I am talking to knows they’ve been heard without necessarily agreeing. For example “John is such a bore; he’s completely off track,” can be met with “Hmmm, it’s always hard to keep an eight-hour meeting on track the entire time. Just think about what a mess one-hour phone calls can be!” Done. You heard them, you connected, and you didn’t say anything mean about anyone.

I once asked my contact at a medical device advisory board a question about the deliverable, and he said in a sarcastic tone, “Ask Jane. She’s in charge.” Even though I was a little surprised, I decided to play tone deaf. I said, “Oh, okay! Where can I find her?” I’ve gotten out of a number of weird situations by just taking into account the words said, while completely ignoring tone of voice.

I once showed up to an advisory board where the organizer was at odds with one of the directors of medical affairs. The director asked me when I walked into the room, “Who are you?” Not in an excited way, either. I smiled and introduced myself as the medical writer for the advisory board and she said something like, “I don’t know that we really need that.” She was being mean and trying to flex her muscles by pushing around the only person in the room she could. Me. So, even though I really wanted to just leave, I said “Well, hopefully after this meeting, you won’t be able to remember how you lived without me. Let me know if there’s anything I can do to help.”

If you are working on a different type of project, like a deck or manuscript, the biggest protection against the fallout from internal discord is a well-constructed contract. Usually, I include a clause that says that after the first draft is submitted, I can bill for a percentage of the total fee. If internal problems lead to a lack of agreement on revisions, a dramatic change in direction on the project, or even a project that just dies, you can wait a couple of weeks and just bill for the project and wait for them to get back to you. If the project changes directions, you can bill for the first draft and then write up a contract for the new project. An example of this would be a backgrounder that morphs into a slide deck. Of course, billing for the first draft is not so you can cut ties and run away, but to keep you from getting hung out to dry because of the shifting sands inside your client’s company.

Another thing that I do in my contracts is specify the number of revisions that are included and put in writing that “two rounds of revisions” does not mean that I will merge revisions from twelve different people, twice. In my experience, even people who work together beautifully can offer conflicting advice, so I always let my clients know that if their team gets together to compare notes before sending revisions over, it is a far more efficient use of resources and time and will dramatically reduce the number of e-mails that land in their inbox about the project!

If you are protected by your contract, it is a lot easier to keep cool and navigate any internal issues. I tend to treat snarky e-mails the same way I treat snarky comments in person. I take the comment at face value, respond, and move on. It isn’t worth it to try and correct the situation. All you can do is ask clarifying questions about what it is the client needs from you and be clear about what it is you are willing to do for them.

The good news is that most clients are amazing and will thank you a million times for helping them out of a deadline avalanche or making sure that they meet their communications goals. It really is rare that I feel like I am caught up in dysfunction. As basic as this sounds, being kind and positive can pretty much get you through the most difficult internal dynamics. The client will remember you as being a delight to be around, and you can know that you didn’t do anything to promote counterproductive nonsense at your client’s company. Unfortunately, contractors sometimes end up on the receiving end of internal frustrations. It’s not you. Ignore it and do your best anyways!